It’s hard to think of any popular gaming pastime that hasn’t been digitally transformed in the 21st century. In today’s gaming world, we know have all manner of gaming experiences at the tips of our fingers. It’s possible to play classic board games online, compete against Artificial Intelligence in games of chess and mahjong, and explore fantastical other worlds with Virtual Reality.

There’s one pastime, in particular, however, that has become one of the most lucrative verticals in the modern-day gaming industry: casino games.

Games of chance, dice, and cards have been beloved by humans for thousands of years – centuries before the first formal casinos were even dreamt of – so it’s no surprise that their digital incarnations now appeal to billions of players across the world, some of whom have even been able to carve out lucrative careers playing them.

Over the years, casino gaming has firmly become a huge part of mainstream, popular culture; featuring in everything from music to cinema and even modern art. Movies like the James Bond franchise cemented the casino’s glamourous association, while the pleasure palaces of Las Vegas transformed casino gaming into a full-on entertainment spectacle.

Games of chance are thousands of years old, but the casino itself is a relatively young establishment, having first emerged in the 17th Century. The world’s first-known casino, the Casino di Venezia in Italy, opened its doors to the gaming public in 1638 and is still operating today.

The games that have endured throughout the centuries

It’s hard to know just how many variations of card games, dice games, tile games, and wheel games have existed since humanity first began to play them, but there is a certain group of iconic casino games that has stood the test of time and evolved to become a key part of the 21st-century phenomenon that is online gaming.

As infamous as this game may be, historians are still debating the precise origins of the card game blackjack. The most popular theory, however, is that the game we know and play today was developed from a 17th Century Spanish game, Veintiuna. This particular format of the game is even featured in a novel written by renowned author, Miguel de Cervantes.

While the origins of blackjack are still up for debate, historians generally agree that the game truly rose to prominence in 18th century France, when it became a popular pastime with the fashionable elite.

As the game grew in popularity throughout the 19th century, it was exported to North America where it picked up a new rule and that iconic name. While the rule change has since been dropped, the name of Blackjack stuck.

Here’s another popular casino game with mysterious origins. One of the most popular theories about roulette is that it was invented by the French scientist Blaise Pascal in 1655. The legend goes that Pascal was bored on a monastic retreat, so he developed the wheel-based game to amuse himself during those long, meditative days.

Of course, that’s just one theory, and it’s possible to connect the roulette we know today to obscure English games like Even-Odd, Ace of Hearts, and Roly Poly.

Like blackjack, roulette quickly grew in favor with the fashionable gamers of the 18th and 19th centuries. When it was introduced to Monaco at the Casino de Monte Carlo – Europe’s leading pre-war casino destination – the game became so popular that it saved the casino and the principality from bankruptcy.

The dice game of craps has truly exotic origins. Originally based on the Arabic game of Azzahr (hazard), the game made its way to the shores of England and was featured in major works of literature like Chaucer’s Canterbury Tales.

Over time, French players amended the game so that it would easily fit in the newly emerging casino establishments, and it soon made its way to the United States. It was in America in 1907 that John H. Winn – the “father” of modern craps first defined the craps rules that still govern the game today even in its online format.

The youngest of traditional casino games, early versions of slot machines first started to appear at the end of the 19th Century.

Known at the time as a “one-armed bandit”, the world’s first slot machine was invented in 1891 by the New York-based company Sittman and Pitt. Interestingly, this pioneering model actually featured poker cards as symbols on its five-drum reel.

Changes were slowly made as more and more manufacturers wanted to put their stamp on these “gambling machines”. However, it wouldn’t be until the middle of the 20th century that the biggest transformation would take place. The introduction of electromechanical slot machines took gaming to a whole new level, paving the way for the next technological upgrade: online slots.

Casino Games in the 21st Century

While nothing will ever likely diminish the appeal of the world’s brick and mortar casinos, online casinos are nevertheless immensely popular. In many ways, the emergence of online variants of these classic casino games has ensured their continuing popularity with modern-day gamers.

Whether they’re played on a laptop, PC, or smartphone, or tablet, online casino games are now as ubiquitous as online video games and gaming apps. Far from overtaking classic casino games as a popular pastime, online versions encourage gamers to explore the origins of each game, while pushing the limits of how the application of modern technology can offer new gaming experiences.

Gaming resource websites like PokerNews, for example, have published guides to the most common casino games alongside extensive poker content. While Bitcoin casinos, virtual reality card games, and multi-player jackpot slots games have made these centuries-old games a hot, current trend.

By blending the latest in gaming technology with those same rules that have made the likes of blackjack, roulette, craps, and slots so popular with gamers throughout the centuries, online casino platforms have future-proofed these pastimes for the centuries that are yet to come. 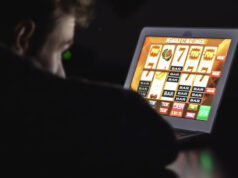