The Motorola Moto 360 is, without a doubt, one of the most interesting smartwatches to have been announced lately (or ever?). It’s not difficult to notice this, as the 360 stands out from the crowd by featuring a beautiful design that resembles a fashionable watch, rather than a rectangular smartwatch.

But, looks aren’t everything after all, and the other interesting aspect surrounding the 360 is the fact that it will run on Google’s “Android Wear” OS extension.

Sadly though, while the gadget’s design and OS are not really concealed in mystery, details on the smartwatch’s hardware specifications are skimpy. Thankfully, we can always turn our attention to leaksters and industry insiders in order to dig out information that would otherwise not become available through official means.

Needless to say, in our daily digging for juicy information, we’ve stumbled across certain details surrounding the Moto 360’s hardware specifications, so without further ado, check back after the break and we’ll give you the full story. 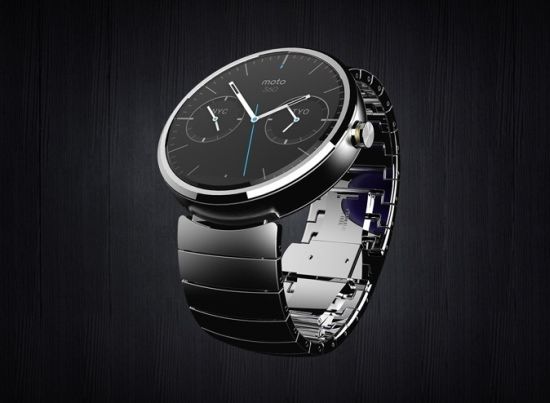 According to a leakster who has a pretty flawless track record when it comes down to Motorola devices (the first to reveal the Moto X and the G to the owrld and to mention that Moto is actually working on a smartwatch), the Moto 360 will pack an OLED display. Motorola already announced that it’s using tech from the Moto X when building the Moto 360, so an OLED panel absolutely makes sense if the smartwatch will use something similar to Moto X’s Active Screen (info/time/notifications always on screen without pressing the power button).

Therefore, it’s pretty much a no-brainer that the reason behind picking an OLED panel is to increase battery life. As a reminder, OLEDs don’t have a backlight and can shut off individual pixels in order to create deeper blacks. This results in less energy being required by the end of the day.

Qualcomm’s ultra-low-power Mirasol display would’ve been an interesting alternative as well, as it also features “always-on” capabilities, only this time in color, not just black and white (like in the case of the Active Display / OLED combo).

Aside from the screen itself, the aforementioned source has also suggested that the Moto 360 will pack a sapphire glass and that the device will feature magnetic induction wireless charging. This actually makes a lot of sense, given the fact that Motorola’s senior director of social media, Barbara Liss, has already confirmed that the Moto 360 will not be charged through USB, and it will feature a “secret” method of charging the battery.

We should point out that the same leakster has previously suggested that producing the Moto 360 will not be an easy task, and with all this tech being rumored to make it on the final product, chances for the 360 to become an expensive and quite exclusive device are not really that slim.