Home Health These 5 Ab Exercises Can Improve Mental Health – Learn How in...

Just about any physical activity can be good for mental health. Still, ab exercises and core strengthening are often not the first thing to come to mind. Running and other types of cardiovascular fitness, yes. Weight training, maybe. But the notion that “six-pack abs” are “the next weapon against depression,” to quote a Washington Post headline? Not so much.

High-intensity exercise and core training are actually very good ways to build stress resilience and improve mental health, however. No six-pack necessary either! As a fitness supervisor for an inpatient behavioral health provider, I spend a lot of time training people who are in early recovery from substance abuse and other mental health issues, and ab exercises are often an important part of their fitness regimen. (Learn more about how fitness and other wellness interventions are aiding recovery for patients in mental health rehab at FHE Health.)

What follow are some insights from my experience into why ab exercises are good for depression and stress relief, as well as five simple ab exercises that are easy to do at home. I’ll also discuss recent findings that reinforce how important core conditioning can be for mental health.

One of the reasons I encourage high-intensity exercise and core training is that these forms of fitness support healthy stress coping in daily life—a skill that’s critical in recovery from drugs and alcohol as well as conditions like major depression. When a person first begins high-intensity exercises and core training, they experience an initial, short-term surge of the stress hormone cortisol plus adrenaline (an endorphin the body produces when under stress).

Gradually, though, as a person becomes more active over the longer term, their body begins to adapt to the higher level of stress and adjust accordingly, thereby becoming more resilient over time. That greater resilience to stress can help prevent future drug/alcohol relapses or reoccurring bouts of depression and other mental health symptoms.

A study published in 2018 helped illuminate the neuroscience behind how it is that strengthening one’s abdominal muscles can help effectively regulate stress. That research, published in the Proceedings of the National Academy of Sciences and summarized in a 2018 article in Well and Good, discovered some new things about how the brain and the adrenal medulla interact. (The adrenal medulla is a part of the adrenal glands that controls the body’s stress response.)

The researchers were surprised to find there were a large number of neurons in the brain’s primary cortex that were controlling the adrenal medulla, and that most of these neurons were located in the section of the cortex that relayed messaging to and from the axial or core muscles. The finding reconfirmed what we’ve known all along: that core muscles influence stress, and that even something as basic as posture, can influence how one feels and vice versa.

How a Stronger Core Can Be a Buffer Against Depression

As for the notion that “six-pack abs” are “the next weapon against depression,” there is new research to support the claim, despite its hyperbole. When Swedish researchers in 2014 set out to test their hypothesis that trained muscles (such as axial muscles) would produce a substance eliciting positive mental health effects, the researchers discovered instead that:

In other words, a stronger, more muscular core can be a buffer against depression, by purging those toxic neurochemical substances that accumulate with stress.

5 Abdominal Exercises That Are Easy to Do at Home

There are countless ways to get there. “Arriving” doesn’t have to mean acquiring a six-pack either. The five ab exercises that follow are ones I regularly recommend to patients, because they’re easy to do from practically anywhere. All that’s necessary is a mat—and a little discipline. Consider setting aside just 15 minutes each day to practice these exercises.

As a professional trainer, I always try to get a sense of people’s fitness levels before designing an ab workout for their individualized needs. That said, I’ve included some general suggestions for where beginners can start, in terms of exercises to try and instructions for how to practice them. For personalized advice, and as an added safety precaution, it may be wise to consult a professional trainer.

Flutter kicks are an exercise that works the muscles of your core, specifically the lower rectus abdominal muscles, plus the hip flexors. For beginners just starting out, I recommend a total of three sets of 15 flutter kicks/ 30 seconds per leg. Rest 25 seconds between each repetition

The plank is an excellent abdominal and core exercise. It works not only the rectus abdominis, but also the other ab muscles and the core muscles that run from the pelvis along the spine and up to the shoulder girdle. Hold each plank for 30 seconds. Repeat two more times, resting 25 seconds between each set.

They target the rectus abdominis, the six-pack muscle that runs along the front of the torso. Building this muscle is one part of developing your core muscles for stability and performance. Strive for three sets of 25 crunches, resting 25 seconds in between.

The side plank primarily works muscles in your core. It strengthens abdominal and back muscles, particularly the transversus abdominis, rectus abdominis, obliques and quadratus lumborum. Hold for 15 seconds on each side. Repeat after resting 25 seconds. Aim for a total of three sets.

Russian twist is a type of exercise that is used to work the abdominal muscles by performing a twisting motion on the abdomen. The goal is three sets of 30, with 25 seconds of rest in between each set.

It’s okay to take it easy: start slow and build up. Not everyone is going to master all of these exercises on Day 1. In fact, when it comes to ab work (like most things), people generally begin at different baselines, so don’t overdo it.

Especially now, when many people don’t feel comfortable going to the gym, these at-home exercises are just one more great way to stay active, get fit, and boost brain health.

This article was written by Ryan Walter, a professional trainer and fitness supervisor at the national behavioral health provider FHE Health. 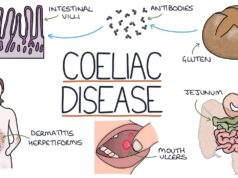 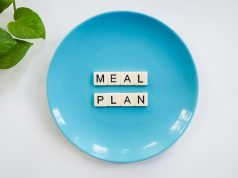 4 Things to Consider When Personalizing Your Diet Plan 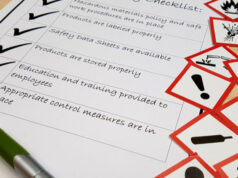 5 Tips and Mistakes to Avoid when Managing Safety Data Sheets