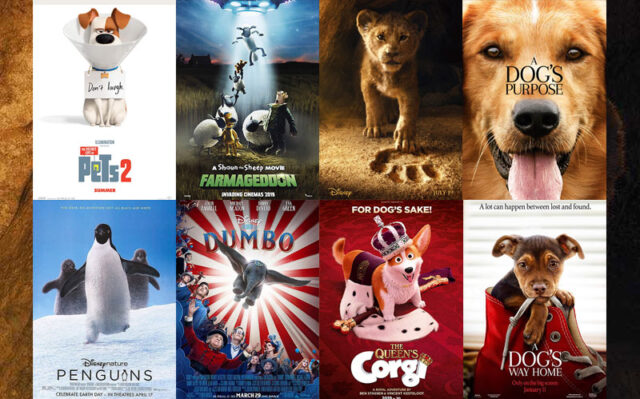 Some of the most beloved movies have pets, jungle animals, and even mythic creatures in starring roles. Almost everyone has their favorite animal movie reminding them of childhood. Over time, some became iconic, going down in history as not only an animal film but as a true cinematic masterpiece. Here are the top 10 movies featuring animals.

An epic tale “The Lion King” was released back in 1994 and became an instant blockbuster grossing almost 1 billion dollars. Even if you’re not interested in these kinds of movies, surely you heard about it. The movie tells a story of a young lion cub Simba who is meant to succeed his father on the throne of the Pride Lands. Unexpectedly, his uncle Scar kills his father convincing young Simba that is was all his fault. The cub, burden by guilt and sorrow, go into exile, promising never to return. On his journey through rough African land, he meets his two goofy friends Timon and Pumbaa, and embarks on a journey that will eventually lead him back to his tribe and on the throne. Many celebrities gave voices to the animated characters, including Matthew Broderick as Simba and Jeremy Irons as Scar.

Pixar studios never disappoint their fans, but the enormous success that “Finding Nemo” achieved probably caught the creators themselves off guard. Wildly popular all over the world from the moment it was released in 2003, the movie earned $890 million so far. The multi-layered animated story tells about the overprotective clownfish father, Marlin, who finds himself searching across the ocean for his abducted son Nemo. On his way, he finds some help, blue tang Dory who suffers from short-term memory loss and united in their search they find much more than they bargained for. The story flows from one adventure to another teaching us that many lessons that we as humans forgot along the way. Dynamics of the movie kept audiences of all ages glued to the screen, and even today is one of the most recognizable animal movies of all time.

The epic Stephen Spielberg’s 1993 masterpiece was a gigantic blockbuster. The sci-fi adventure follows a rich philanthropist who recreated dinosaurs and put them in a park on a fictitious island of Numblar. Paleontologists Ellie Sattler, played by Laura Dern, and Alan Grant, played by Sam Neill, along with Ian Malcolm, who is a mathematician played by Jeff Goldblum, are among selected people allowed to visit the island. The trouble begins when the seemingly safe park turns into a war zone when dinosaurs manage to break free from their cages. The life and death fight ensues when prehistoric predators go on a furious hunt for the people who created them. The popularity of the movie triggered many sequels, turning it into a successful franchise.

There have been many different features of “101 Dalmatians” over the years, but that audiences remember the best is from 1996. Even though there aren’t any talking animals in the movie little dalmatian pups captured the hearts of people from the get-go. Cruella De Vil, a crazy rich woman wants to take little puppies and make a coat from them. In their rescue come Anita, a fashion designer, and Roger, computer wiz, to try and stop the insane intentions of the wealthy customer. Cruella was masterfully portrayed by Glenn Close and even today stayed as the most recognizable mean character from the movies. Other famous names appearing in the feature are Jeff Daniels as Roger and Hugh Laurie as Jasper. The film grossed over $300 million and is continuing to be one of the audience’s favorite.

Maybe a different kind of animal movie, but nevertheless hugely popular and very distinctive from all others. It was released as a thriller in 1975 capturing the attention of the audiences as well as the critics. Stephen Spielberg kept people on the edge of their seats with gruesome scenes and creepy music. The story happens on the beach of the town in Amity Island, where a huge white shark appeared attacking people. The mayor of the little coastal town refuses to close down the beach fearing of losing huge income generated by the tourists when the sheriff finally gets fed up and goes on the hunt for the vicious predator. The iconic music while the camera slides across the ocean is still used today when expressing some imminent threat. The journey three men took turns out to be the epic battle between humans and nature.

The remake of the 1933 movie was released in 2005 followed by huge approval from the audience and a big nod from the critics. The long-awaited movie met and exceeded expectations of the movie-goers, and became one of the best monster adventures of all times. The story follows the filmmaker and his crew who went to Skull Island in search of a monstrous gorilla. They manage to capture the beast and bring him back to New York where he breaks the cage and goes on a rampant run. The gorilla, King Kong, captures a woman, Ann, with whom he develops an emotional bond. Many famous actors were part of this epic remake including Adrien Brody, Naomi Watts, and Jack Black.

The movie was based on an award-winning novel and directed by Ang Lee. It was released in 2012 and became an instant pretender for all major awards in the movie industry. Critics as well as audiences gave them high marks on almost every aspect. The storyline is about a boy named Pi who, as a sole human survivor of the shipwreck, embarks on a boat with wild animals like orangutan, zebra, hyena, and Bengal tiger all with their own distinctive features. For more unusual animal characteristics visit Trendlor. After the tiger eats all other animals, he and Pi must find a way to live with each other until the rescue comes.

Animal movies were always a huge part of the movie industry showing no signs of slowing down. Most of them are also categorized as family moves which give them access to wide audiences and almost guaranteed success. 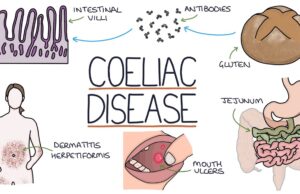 Abdullah Macfarlane - November 23, 2022 0
Digestion plays an important part in keeping us healthy and fit. Without proper or poor digestion, we can have health issues like bloating, anaemia,...