If you are like me and then you probably love the idea of building your own costume to cosplay a certain character from the game. A lot of people do not understand the fun in this and do not even appreciate how much effort goes into building a proper costume of a videogame character. However, sometimes, I do not really feel like bothering too much about certain characters, so I just end up buying a “prebuilt” jacket from a videogame character. There are tons of websites out there that allow you to order such products online.

However, considering just how many websites are out there, it can be a bit difficult to choose where you should buy from and which one you should get. But, that is not important right now. In this article, we are going to talking about the characters that have the coolest and most interesting jackets.

Over the years, we have seen protagonists in video games that have worn all kinds of different outfits. But, only some of them have left a permanent memory or image of their outfit. So, let us talk about those that managed to do that.

Personally, I believe that Aiden Pearce has one of the coolest, modern, or probably futuristic outfits than any other character that can be found in a videogame. You can put on dozens of different jackets on this protagonist throughout the entire story.

If you are not introduced to Aiden Pearce, you should know that he comes from the videogame known as Watch Dogs. At the time, this title had a lot to show off. So many different features an interesting mechanics that you could not find in any other videogame in the world. The idea that a single person would be able to hack into every single server and computer that can be found across the map was amazing.

You had the option to turn off traffic light and control them in any way you want. You could hack into people’s phones, hack into their bank accounts, hack into the computer of a police vehicle, and a lot of other stuff.

This kind of future does seem cool and interesting, but what made it even better was the fact that the trench coats that the protagonist wore were simply amazing. These trench coats were a combination of both a coat, a jacket, and an unknown lightweight-like material.

Out of all the different trench coats that you could pick from the wardrobe, I think that the plain white one was the best. Sure, it was basic, but it looked so good. This white trench coat is also a very popular option at shoqz-fashionz.com. But before you order, make sure you pick the right size and whether you want real leather or artificial leather.

I decided to put this character and his jacket on this list because we are talking about a game that has not been released yet. So many people across the globe, whether enthusiasts for consoles or PCs are talking about this title that will release this November. I think that it is the most anticipated game we have seen in the last 10 years. The only thing I might compare it to is GTA 5 that released in 2013 on PS3 and Xbox 360.

Even before the game is released, we already see people making cosplays of V.

The best thing about it might be the fact that this jacket can be worn on any regular day and no one will notice that it is from Cyberpunk 2077. Sure, it is unique in its own way, but it still looks like quite the regular brown leather piece of an outfit.

If you are a fan of Assassin’s Creed, you probably already know that there are several different protagonists. The timeline for every single one of these protagonists is different. Throughout the entire series we see medieval times, Renaissance, Industrial Revolution, and many other timelines. As time progresses, the look of the assassin remains the same.

The first title of this series was named just Assassin’s Creed. It followed the story of a protagonist named Altair. This was back in 2007 and it was revolutionary for the game world at the time. So many people, including myself, fell in love with this protagonist. The way he moves, the way he fights, and the way he talks was impressive.

That is probably the reason why hundreds of people were doing cosplays of Altair. That same white outfit/coat can be worn in the latest releases such as Assassin’s Creed Odyssey. Even the developers understand just how important this piece of clothing is to the players and the story.

Another awesome character from one of the world’s best video games. Obviously, this is entirely subjective, but I believe that millions of people across the globe would agree with this statement. Witcher 3 has been awarded over 100 awards for being the best game of 2016 and even the years after that.

Witcher 3 is also the reason why Cyberpunk 2077 is so popular. It is made by CD Projekt Red which are the same developers of Witcher. People have such a huge expectation of Cyberpunk because the character development of Witcher 3 is simply amazing. It is so easy to become a part of that story.

Gerald of Rivia is the main protagonist and is easily one of the coolest characters I have seen in a videogame. I think his jacket and other outfits definitely deserve to be on this list.

This list might not mention a lot of characters, but I will believe that these four are definitely the most interesting and impressive ones. I hope that your next cosplay will consist of their jackets and outfits. 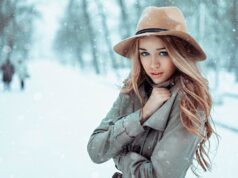 How to Use Accessories to Stay Chic During The Winter Season? 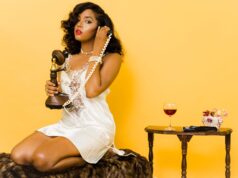 6 Tips for Choosing the Right Lingerie Fabrics for Your Skin 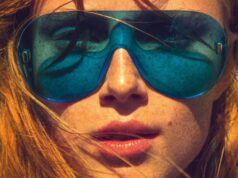 5 Tips On How To Buy Sunglasses For Someone Else