Home Games How Did Cybersports Come About?

Cybersport is a sport based on competitive activities using video games. It can also be called a computer or electronic sport.

Today cybersport is an industry with large budgets and developed infrastructure. It not only gives talented players a chance to prove themselves but also creates new professions (analyst, commentator) and jobs. Many soccer clubs create their own teams in FIFA and other disciplines – for example, the French Paris Saint-Germain and teams of the top division of the American MLS.

Unlike tournaments in the eighties, nineties, and noughties, modern cybersports is very similar to “regular” cybersports. It also requires tremendous dedication and training (up to 10-12 hours a day), health, and the desire to work for results. It is hard to call it entertainment and “fan”. Age also matters – it’s hard to meet a successful cyber athlete over 25-30 years old. There are exceptions (like in soccer), but they rather confirm the rule.

The infrastructure of cybersport is similar to what we see in other disciplines. In addition to teams and leagues of different levels, there are also coaches. As a rule, these are former cyber athletes.

They develop and teach players new tactics and strategies, develop their skills, work on motivation and monitor their psychological state. Contrary to stereotypes, fitness is just as important as nutrition and time management. A gamer who does not get enough sleep and lives on snacks and energy drinks is unlikely to achieve results.

In addition to developing exceptional reactions, coordination, and terrific attention span (which the experts confirm), you can make serious money, let’s look at the numbers.

To convince you of the seriousness of cybersports, let’s tell you about the existing prize pools – we’ve selected the biggest assets of the last year. First a few words about how the fund is formed.

Does cybersport today need to prove that it’s as good as “real” sports like tennis or hockey? Hardly. It has become a full-fledged part of modern life and will develop further.

The main disease that lays in wait for those who do not engage in additional physical activity is tunnel syndrome. Sooner or later it happens to everyone – your arm hurts because of monotonous mouse movements.

If you neglect hand exercises and a healthy lifestyle in general, and you develop symptoms of tunnel syndrome, you will not be able to play for at least half a year.

A player’s second vulnerable spot is the eyes. Sometimes, in particularly stressful moments, you may not blink for 2-3 minutes. There is a failure of the lacrimal gland, and your eyes start to literally come out of their orbits. As a rule, lacrimal gland dysfunction is a chronic disease, it is impossible to get rid of it, so you should stop cybersports immediately.

What qualities should a cyber athlete have?

Cybersport is just a sport. To achieve something, you have to work and develop yourself. You don’t play for fun and relaxation. You deliberately choose a discipline and hone your skills, gain experience, and make your way to competitions. And you need certain skills to do that. What three things do a cyber athlete need to develop?

Let’s start with skill. Scientists have proven that only after 10 thousand hours of quality work and self-development in a certain field does a person become a master in that field, and cybersport is no exception.

Mastery presupposes, above all, technical skills. The most trivial – to wield the keyboard and mouse. That is, to be able to quickly and blindly do exactly what you need to do. After all, sometimes the outcome of the game decides seconds. So do not think too much about what combination of keys to press. It is best if all the actions you will perform on autopilot.

It will also be useful to develop spatial thinking. This is necessary to understand the situation on the map. In addition, the player should have an understanding of logic and basic psychology to anticipate the actions of their opponents.

The second quality that distinguishes a professional player from an ordinary one is the ability to work in a team. After all, most disciplines involve playing with allies. Mastery will not save you if you cannot coordinate with your teammates. After all, few ace players are able to cope alone when suddenly faced with 3-4 opponents playing together. Not only that, but you interfere in the uncoordinated actions of your partners. You can’t fight alone, and this is especially true for team-based cyber sports disciplines.

Acting together with allies, you can achieve much more than you could alone. For really successful interaction it is better to have a permanent team. Not necessarily a professional one, but also a group of like-minded friends. So a team at first is not necessary, but desirable.

But there is no getting away from the need to interact with your teammates. Hence come to the qualities necessary for a career: stress tolerance and tolerance for allies. It’s easy to quit when the whole game becomes unbearable because of bad allies. It’s harder to take the vicissitudes philosophically and play no matter what. It’s even harder to assemble a team of familiar, suitable allies.

And here we come to the third quality, and it is a logical continuation of the second. As in any sport, in cybersports, it’s very important to have a sporting spirit, conscience, and morals. If you want to become a professional in this sport, you must eradicate intolerance and hatred.

It may seem that unsportsmanlike behavior won’t affect your ranking as a player and your success, but it won’t. The fact is that you always have to interact with other people. And at first, you may not notice anything wrong. But then you’ll start to move up. You might even get hired by a professional team. But will they want to work with you after they see your behavior? 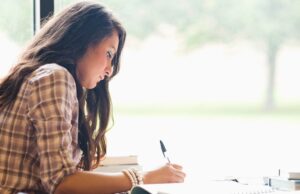