Having a crush is altogether fun, confusing, and daunting. It varies from different people how they react when they are around peopexels.comple that they like. Sometimes you want to get their attention and sometimes you don’t even want them to see you. We could help you with the first one, though! If you have enough confidence to pull pranks on your crush, then you’re good to go!

We just want you to have light-hearted fun with the person you adore here, so read on to find out 10 ways to get your crush’s attention in a hilarious and non-creepy way! While you’re here and we’re talking about people you’re attracted to, you might also want to know the benefits of enhanced pleasure in your sex life here.

Ready to know how to prank your crush? Read on!

If you want an excuse to get to know your crush better (or just simply want to hear their voice), then you should send them a good prank call! Yes, prank calls are still a thing, and they won’t go away anytime soon. Why? Because it’s fun and it never gets old! No, you will not be going to your grandma’s house to dial his number and pretend to be someone else.

First of all, that’s such a basic way of doing it. We’re more sophisticated than that now! Second of all, it’s easily traceable. And thirdly, if you don’t have the natural knack for voice acting, they will easily know it’s you (especially if you know each other personally) and they will just find you more annoying than endearing. So what’s the best way to do it? Download Ownage Pranks’ spoof call app! Suppose you don’t know what a spoof call app is.

In that case, it basically gathers your necessary information and hides it all under a fake caller ID. Your crush will never know it’s you because the average Joe will find your calls untraceable. Just don’t do some weird and illegal stuff and you will be just fine. Are you scared that they will recognize your voice? Don’t worry because it comes with a voice-changing feature that seamlessly disguises your voice into your chosen character. Talk about the wonders of technology, huh?

If you are friends with your crush, you would be expected to ask each other light favors from time to time. Next time they need a flash drive, and you want to confess that burning admiration for them, use this opportunity cleverly! This works best if you have a positive feeling that they feel the same way about you and you are just waiting for each other to say something to address the elephant in the room.

Make a folder that says “hot girls” or “hot boys” in disguise. They are treading on a private territory of pornographic content. The goal is to lure them enough into opening this file. Once they open it, they will only see cute and wholesome pictures of themselves. Well, isn’t that a sweet start to a cute love story?

This prank is pretty famous around Youtube. You won’t need much here but a good song and the courage to text your crush. Remember, confidence is sexy! What you need to do is send them the first line of a love song. If they don’t get it at first, just keep moving to the next part of the lyrics.

Keep going and just allow them to respond until they realize that you are talking odd. Who knows? You might learn something that you’ll never know you’ll like – like they have a crush on you too! Well, you will need to find the best songs for this to work. A couple of examples are Hello by Adele or Into You By Ariana Grande.

If you are lucky enough to hang out with your crush from time to time, subtly show them your affection by having people sing to them! Sounds old fashion and too romantic, doesn’t it? Not really.

Because the song to be sung is the Birthday Song. Not everyone is reacting comfortably when people sing the birthday song to them during their birthday. What more if people sing to them on a completely random day at your local restaurant? Tell the service crew that your crush’s birthday and the rest of the magic will commence! If your crush gets annoyed, tell them at least you got a free dessert!

It will be fun to get your crush’s attention if you scare them about a weird rumor going around about them. You will need the help of multiple people to pull this prank off, but not too much for the word to really spread! It’s up to you what kind of rumor you want to go with.

We suggest just keeping it light and wacky like they have an enormous collection of Troll Dolls at home or that they used to model at a foot socks commercial. What a fun way to just mess with their mind!

If you are working in the same office as your crush, you might want to play with them a little bit. Come to your office earlier than they do and inch their desktop monitor half an inch closer to their face each day. Be consistent and patient with this because you wouldn’t want them to notice right away!

When they complain about how “small” their table is, offer to help and just move it back to where it was initially positioned. Yikes! They’ll probably think you’re cool after doing this, though! And you might even have a good laugh and inside joke after this. Talk about setting intentions!

If your way of showing affection is through light teasing, you can purchase some small rubber or plastic roaches online to pull this prank off. It’s pretty Straightforward! Just take some realistic-looking ones and place them anywhere they are most likely to look like their drawer, their table, their bag – it’s up to you to be creative with this! The goal is just to have fun with them, not drive them away from annoyance!

This prank is more on the adult side and can be a little risky if they are conservative. If you are comfortable showing the upper parts of your legs, you can try this one out! Wear a short skirt and climb a ladder close to where your crush is standing. Of course, you won’t do this so randomly. Pretend to reach for something!

Once you know you have their attention, just stay right where you are as you show a tiny peek at your bottom. Pretend like you don’t even know what’s happening and go on with whatever you’re doing right after. If this won’t get their attention, we don’t know what else will!

Another prank to do in the office. If you have access to your crush’s computer, grab a sticky tape and stick it under the sensor of their mouse when they are on a lunch or a bathroom break. Make sure to tape it so seamlessly that it would still glide smoothly on the surface. You don’t want it to rustle or feel rough.

Once they come back, it would be funny to see them curse at the computer or attempt to fix the mouse by unplugging and plugging it again into the USB port.  Make sure this won’t take long until they find out, though! Use this opportunity to help them with it…even though you’re the one who did it. It’s up to you to disclose that information!

This one is a clever texting prank that you can do to just mess with your crush. First, text them in a threatening tone like “We need to talk.” or “I have something to confess to you.” When they reply, quickly download one of those texting dots GIFs that you can find on Google to appear as if you are typing a really long reply.

Make sure to get one that’s suitable for your messaging app, though. Because if not, this might only flop and only humiliate you. Imagine their heart race just looking at those typing dots, hoping you’ll say something only to find out that that’s already the message itself. You might feel kind of evil, but you know it’s going to be epic! Excited to pull one of these off with your crush? We wish you the best of luck! Keep it harmless, folks! Happy pranking! 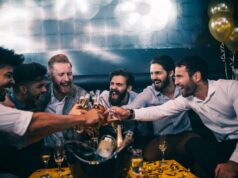 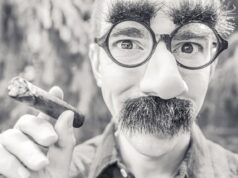 Websites How to Make Funny Memes For Social Media 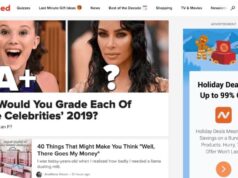