Running a restaurant or any other kind of food establishment is not an easy task. You have a lot of things to worry about. You need to handle the staff, take care of dining area, order food and drinks and so much more than that. On top of all that, there are many rules and regulations that restaurants have to follow, which makes some tasks harder and some easier. If we’re being honest, not a lot of them are made easy when you have to follow the rules and regulations, but that’s beside the point.

One of the things every restaurant or commercial kitchen manager needs to know is that your kitchen hood needs regular cleaning. Not only can you get in some financial and legal trouble for not cleaning it, but a dirty, greasy hood can be quite a fire hazard. With that in mind, it’s quite easy to understand how important hood cleaning actually is.

On top of all that, cleaning the hood is pretty much as simple as it gets – you just have to hire someone to do it for you. Jokes aside, hood cleaning isn’t a simple task and by law, you have to use professional cleaning services if you wish your kitchen to pass the inspection. However, many don’t agree with this as they feel like they could do the same job themselves. One might even think they consider hiring professional cleaners a waste of time and money.

However, we do not feel that way and because of it, we’re decided to name some of the reasons why we feel like professional hood cleaning services are absolutely worth it. Let’s check them out.

We’ve briefly mentioned that greasy vents could be a potential fire hazard, but many still feel like that’s not the case. One of the most common arguments people use to disprove this claim is that the whole system is made out of metal – so how can it catch on fire? Although that is certainly true and the system is mostly made out of metals, like aluminium – that doesn’t mean it can’t cause a fire.

To be completely honest, the metal itself is not the reason. The reason behind it being a fire hazard is the fact that it’s filled with grease. In most commercial kitchens you’re constantly using oil and grease. When you fry things using oil you get a lot of steam. Now, steam is usually just water, but in this case, the steam carries oil particles as well. Once this oily steam gets into the vents, it gets trapped on the walls and it builds up.

And if there’s one thing we know about oil surfaces is that they get caught on fire rather quickly. Once there’s enough grease built up in the system, the whole thing becomes a ticking firebomb. All it takes is a spark for the whole thing to burst into flames. And that is why you need to have an experienced hand next to you.

Check out premiergrease.com/hood-cleaning for more details.

This alone should be a reason good enough for anyone to hire professional cleaning services every few months.

We’ve mentioned previously that you’re legally obliged to hire a professional to perform the hood cleaning. However, that’s not the case everywhere in the world. In some places, anyone can pick up cleaning tools and chemicals and get to work. But, even if that’s the case, even if your kitchen is in those areas – is it really worth the trouble?

Professional hood cleaning services aren’t particularly expensive, especially compared to some other restaurant expenses. So, why would anyone bother to do the whole thing themselves? We don’t know, but some people still do.

When you hire pros, they usually come in teams of 2 to 3, because, this really isn’t a one-man show. It’s easy to see how three professionals would finish the job quicker than a solo, amateur hood cleaning enthusiast.

Cleaning a hood isn’t as simple as grabbing a piece of cloth and wiping everything clean. First of all, you have to use some industrial-grade chemicals to clean to vents down to the ‘bare metal’ which is the industry standard. Reaching the bare metal can be quite difficult if you don’t have the tools or the chemicals. On top of that, it’s a very messy job. You’ll have to scrape and flush several times to get the grease out of the vents and it’s going to make a lot of mess. Be prepared for buckets to be filled with grease.

And guess what, after you’re done with hood, now you have to clean the rest of the kitchen because it’s now all a big, greasy mess. So, unless you enjoy getting your hands dirty, we’d suggest leaving this to the professionals.

Look at it this way – you can probably run a 100-meter dash and finish, but can you run it in under 10 seconds? Highly unlikely. But, you know who can? Those who trained their whole life.

The same thing applies here – you simply can’t do a job comparable to the professional crew. First and foremost, you lack experience. If you’ve never done it before, you have no idea what you have to do. The pros have done the same thing numerous times in their lives and they know how to handle each individual system.

Another thing that you don’t have and the pros do is the tools and chemicals. Like we’ve said, you can’t just grab a bucket of water and a detergent and expect to clean the vents that easily. You’ll have to use several different tools and a lot of really heavy chemicals so that you can easily remove the grease from the walls.

Finally, we come to arguably the most compelling reason for most people and that is avoiding fines. In some places, you have a legal obligation to hire professional hood cleaners and if you don’t – you can get fined or even have your place shut down until further notice. So, unless you want to pay up or lock the doors – hire a professional.

Hopefully, we’ve managed to help you realize how much better it is to have pros do this job – even if it is only to avoid paying a fine. Regardless of the reason – a clean hood is the only thing that matters. 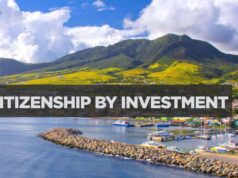 How to Know if a Citizenship by Investment Program a Scam 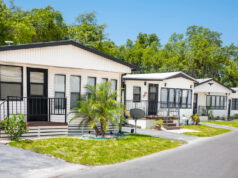 Selling Your Mobile Home Park? How To Negotiate Like A Pro? 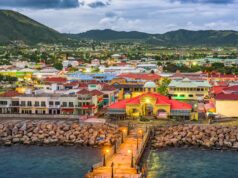 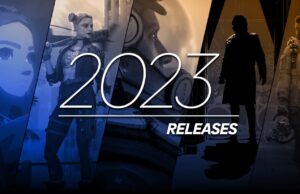