Home Education Why Should Kids Learn To Code?

Technology is growing so fast so the world is becoming more and more competitive and productive. Everything has become digital and feasible. We have machines for every work. We are living in the 21st century where the humanoid robot can do all our work. The experts have predicted that in the coming years every simple thing done by humans will get replaced by technology.

Right from the morning till night we use all the machines. We use a microwave, refrigerator, and all other home appliances that make food for us. We use laptops, desktops, and smartphones for our income. We use different types of machines such as MRI, City-Scan, and many more in the medical field for our good health.

We use the internet and its various applications for our entertainment purpose. We use civil engineering technologies for our houses and properties. Every part of our life is incomplete without technology. In this pandemic we faced the biggest worldwide disease called covid-19, Due to which people lost their lives as well as jobs, on other hand, people learned different other skills to survive in this pandemic. People understand how they can stand strong and unique if they have a skill set.

They understood the important skills of the 21st century and they developed these skills through various courses. Communication, collaboration, critical thinking, and many more are the important skills that are required in the coming years. If an individual wishes to have a good job in the reputed and best company then they have to stand strong and confident in this competitive world.

For that, they need to have these skills and most importantly they should be able to use their educational knowledge practically. Nowadays coding has become a basic skill no matter which job you want or in which field you wish to make your carrier. As you know kids are the future of this world and if they learn to code early then later they will be comfortable with it. Therefore the future point of way coding for kids is really important.

Before moving forward let’s understand the answer to this question step by step:

As you know when two people communicate they use a language to pass the information, the language that they both can understand. Similarly, if you wish to communicate with the computer and you want your computer to print the Hello world command on the screen. How will you say this to the computer? You can’t tell a computer just like you tell other humans because the computer only understands one language.

That is a language of numbers

A computer only understands the language of ones and zeros. It produces different commands according to the different combinations of numbers.

The problem that occurs here

Is how to type these many amounts of numbers as there can be an infinite combination of numbers. To solve this problem we use different programming languages such as C, C++, Java, Python, and many more.

There are certain rules in the coding

You have to follow while programming. These rules are known as syntax. Anyone can learn it at any age as it involves fun, logic, and many more benefits. There are different sources available on the internet where one can learn coding.

It is used for app development, games, website development, machine learning, IoT, Robotics, and many other applications. Now let’s see why coding is important for kids and why they should know these programming languages at an early age. As technology is developing and humans are becoming smart and faster. Let’s see the benefits of it classes for kids:

And improves critical thinking skills. This is the most demanding and trending skill of the technological world. It makes the child creative, when the kid designs a new website or application it develops creativity. Kids are most creative when at their age and coding gives chance to implement this creativity.

When kids learn to code they also learn problem-solving skills. As coding also involves errors and error solving is the same as problem-solving. Once they learn any coding language they understand its syntax and they can solve any error in that programming language by using their creative mindset.

Coding let your kid communicate their idea with the computer. As technology is developing the education sector is also adopting the technology. Therefore to deal with that technology kids should learn coding. They can solve various problems faced by the world through their coding. They can make an app, websites, and other useful things using it. As you know the future demands coding people and if your kid already learns coding at an early age then later they can become an expert in it.

It helps the kid to stand confidently

In the competitive world as they can gain various skills through coding. They can work in internships. If a kid learns to code then they will understand the world more nearly. They will understand how machines work and there is no magic in there everything is science.

As you know most of the kids hate books as they have more theory and less practical knowledge. While coding is all about hands-on and satisfying. Kids will enjoy coding as it has fun and they will have to think out of the box to understand it.

Now you must have understood how your kid can grow with the help of coding classes. The coding skills will boost the confidence and critical thinking of the kid. Kids will become creators and they will become smart. The best platform to take coding classes for kids is Cuemath.com. You can visit this site on the internet and you will find the best courses here for your kids. Let your kid explore the power hidden in them through coding. 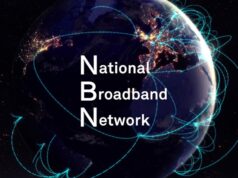 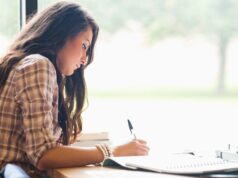 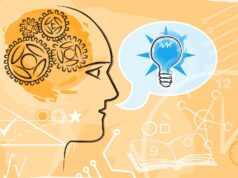