Home Technology How Does a Fire Alarm System Work – 2022 Guide

One moment you are sitting down in your living room, relaxing, watching TV, and the next, you notice that there is a serious fire in your kitchen. Even if you do put it out, there will be something that is permanently damaged and ruined. But, what would have happened if you reacted earlier and did something about it? You probably would have saved those things and you would not have to pay for repairs. The best way to prevent a fire before it ever happens is with the help of a fire alarm system.

The reality is that fires in homes happen quite often. That is why I believe it is so important to have the right equipment to battle against this kind of problem and save your home from total damage. Most people would say that the best equipment would be an extinguisher, but I believe that it is the alarm system that anyone can install in their home.

It is inexpensive and it can help you prevent the situation from ever happening. But, before you start thinking about installing such a system in your own home, I think it is best to first figure out how exactly it works.

Well, you should look no further because this article is going to tell you everything you need to know about how it works.

First things first, not every fire alarm system is equal. If you want to know how these systems work, you will want to know about every single type of detector because all of them work in their own way.

This is probably one of the most common types of alarms you have seen in most homes. Usually, they are most commonly used because they are inexpensive and quite effective. But, even the smoke detectors are split into different types.

The most basic, oldest, and commonly used is the ionization type. It was first introduced somewhere around the 1930s and 1940s. It is quite simple. There are two chambers that are placed one against the other with a considerable amount of space between them. One chamber constantly sends a reactive particle to the other chamber. This happens all the time.

When there is smoke in a room and it enters the device, the air is not clear enough for the radioactive particle to reach the other chamber. When this happens, the alarm is triggered.

Smoke can also be visually recognized. This is another popular type of smoke detector. It also works quite simply. On one side of the device, there is a light source while on the other, there is a photocell. The light source and the photocell are divided into two chambers. Basically, the light never reaches the photocell. But, when smoke comes into play, the light starts to get reflected in several directions which ultimately leads to the photocell detecting light, triggering the device.

With every combustion, there is a release of carbon monoxide or more commonly referred to as CO. Not to be confused with carbon dioxide which we exhale after processing the oxygen in our lungs. CO2 is not dangerous while CO is a poisonous gas.

However, right now, that is not important right now. What is important is the fact that there are detectors that can notice the presence of carbon monoxide in a room. Keep in mind, a carbon monoxide will not notice regular smoke or fire.

A simple way of the device detecting a fire is by checking the temperature of a room. Naturally, it will only trigger if the temperature in the room is simply too high. For example, if the sun is shining inside of your kitchen for 24 hours, it will still not be hot enough to trigger it. No, the room will need to reach a temperature of around 135 Fahrenheit or more for the alarm to be triggered.

Keep in mind, these are the most basic explanation of how these detectors work. As suggested by x-sense.com, today, there are advanced smoke alarms that are much more reliable and better at detecting smoke or carbon monoxide.

It alerts the occupants of the building

One of the main reasons why these devices exist is to alert everyone in the building, the house, or the apartment that a fire is burning or is about to start. How the occupants react should depend on the situation and the type of equipment half.

For example, if there is combustion in your kitchen and the alarm sets off, your first step should be to check what is happening. If it is containable, there is no need to panic. If you have the right equipment, or specifically an extinguisher, use it immediately. If the situation has spread to the entire kitchen or to several other rooms, it is best that you leave immediately and go outside. Right now, the only thing you can do is wait for the fire department to deal with the situation.

Depending on the type of device you have and the severity of the situation, a fire alarm system can even alert the fire department in your area. In other words, when the fire in your bedroom, your living room, or your kitchen is simply too much to contain, the fire department is alerted and they will be there to deal with the problem in just a matter of a few minutes.

It triggers other alarms

When one alarm is triggered, whether by smoke, carbon monoxide, or combustion, and if there is a system of interconnected alarms, every single one will be triggered. This is done to ensure that every occupant inside of the building is informed that there is an ongoing situation and that they should exit the building.

It might seem like these devices are made quite simple, but believe me that a lot of companies have invested millions of dollars to ensure that their alarms are as reliable as possible. They are meant to save as many lives as possible. 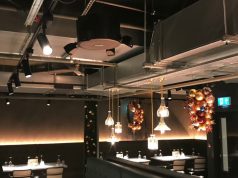 What Type Of Speakers Should You Use In A Restaurant Sound System? How Do You Know If A Retro Record Player Is Good Quality? 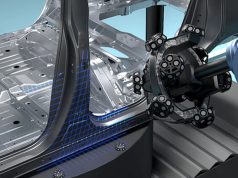 How to Improve Productivity at Your Workplace With 3D Scanning?