Given that the number of consumers, ie users, is large and constantly growing, the industry is rubbing its hands with satisfaction. Manufacturers of computer and console games worldwide had a turnover of $ 140 billion last year. This year, that should increase to 150 billion. By comparison, the film industry earned $ 42 billion last year.

Mobile games, ie games on smartphones or tablets, have meanwhile become an important sector. Especially in Asia and countries like India, Indonesia, or China.

Mobile gaming has certainly been moving from strength to strength as changing attitudes toward gaming as a whole have attracted a whole new demographic to the platform – it’s certainly looking like mobile may be the gaming platform of the future as ease of access and accessibility become much more important factors for why people are choosing what to game on, but with this in mind, which are the most popular mobile gaming genres?

If we had to single out one type of game that people around the world play, we would say that they are MMORPG games. They are the most popular for several reasons, and what is best is that you have interaction with other players in them. One of the most fun facts about Android phones is the availability of a large number of great video games. There are many games of all possible genres in the Google Play store, and role-playing multiplayers, or MMORPGs, are especially popular among users.

The acronym, well known to gamers, means video games in which the player creates and develops one virtual character, all in a world where there are thousands of other characters backed by players from all over the world. Most Android games of this type can be downloaded and used for free, and various add-ons are available at an additional cost, from certain amounts of virtual money to special promotions for your hero.

Certain game types have always performed extremely well on handheld devices, back from the original Gameboys from Nintendo through to the modern day, and these are always certainly puzzle and platformer games. The simplistic style and the ability to play as little or as much as you’d like have been a huge factor for the success of these genres and it’s no different on mobile – players can jump in and out with the tap of a button and continue their progress, and will likely continue to be the most popular genres amongst the older players that are starting to make up the mobile gaming demographic now too.

Another fast mover has been within the mobile casino and gambling market – whilst mobile betting has seen a large number of players for quite some time, this past year, in particular, has been very strong for the casino side of mobile players – there have been efforts to stop this growth as self-inclusion initiatives such as Gamstop have been provided with more authority and made mandatory, despite this, there are more online casinos available than ever before and each with their unique features. You can click here to find more.

Finding a successful transition from the PC platform to mobile devices, the biggest names of Fortnite and Player Unknowns Battlegrounds have been very successful on mobile and have been a huge driver for the mobile esports scene too. Whilst these games aren’t very similar to others on the list as they require a little more commitment to learn and play with a skill curve of their own, but for those with a more competitive side, these have been a great change of pace.

Although there aren’t many big options, adventure games are also starting to find themselves a place on mobile devices as the hardware becomes more equipped to handle these larger games – many are still on the basic side, but they’re improving quickly and becoming a fan favorite too.

6. Educational and fun games for kids

While many feel that games are not good for young children, this is a method that parents resort to for many reasons. Sometimes it’s to calm them down at the table and feed them, sometimes games are a reward for a successful day, and sometimes it’s just for mom to drink coffee in silence. In any case, there are various types of games for children, among which there is a dowry of educational and coloring games.

The new trend is “Cloud Gaming”. These are games that are played on an external server with which players are connected. There are also several video games in this segment whose appearance on the market is eagerly awaited by millions of people.

Video game makers and providers, meanwhile, are mimicking the business model of streaming providers, such as Netflix. That is why more and more games are not offered for sale, but a subscription.

For some time now, there has been a noticeable trend that computer and video games are not only played by children. According to research, the average age of users is 36 years.

There are likely other big changes coming to mobile gaming through platforms like VR in the close future too although a little way off, but hardware is quickly improving and allowing bigger and more ambitious titles to become available. With the Switch remaining the last true handheld console on the market and changes to platforms like Stadia that put more of a focus on mobile gaming, a lot of changes will be seen in the coming months and years that will continue to push what’s possible on our smartphones for gaming. 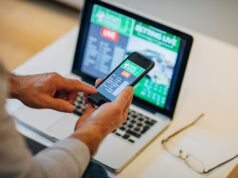 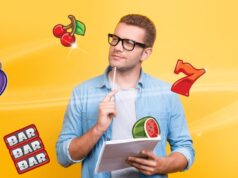 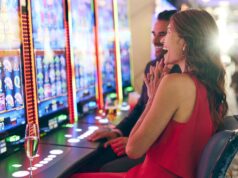