For some, video poker superstitions can involve some pretty crazy rituals. But are they really crazy if they work?

Let’s start with the basics, what is video poker anyway? Well, it’s a casino and online casino poker game where you play against a machine. The methodology is similar to slots and the dynamics is similar to traditional poker, seamlessly combining two timeless favorites. Only in the case of video poker, you play against a machine and instead of trying to beat it, you only try to get the best combination of cards. The game has numerous variants, where the only difference is basically the winning combinations of cards. As well as what the machines pay for the different winning hands.

The easiest way to find out what the best video poker games are and where to play them, is to jump on to a casino review site like Casino Genie. Where you won’t need luck to figure out where your favorite titles are hiding. Among the most popular video poker games, and those that consequently offer better payouts, are: “Jacks or better” where the lowest winning hand is a pair of jacks, and “Deuces wild”, which allows you to have up to 4 wild cards in your hand. “Pick’em poker” is perhaps the easiest variant of video poker and its winnings are the highest on the market.

“Double bonus poker” is a variant of jacks or better but with better payouts in certain poker hands. “Double Double Bonus poker” is equal to double bonus poker but with better payouts for some hands, and with the addition of better payouts for five poker hands instead of the three double bonus hands. Although the list is already getting pretty long, the last one worth mentioning is definitely the “Strip video poker” that often follows the rules of Texas hold ‘em, counting on the addition of bets throughout play. It goes without saying that its popularity is based on its spicy content, and maybe not as much based on its payouts. With strip video poker perhaps, superstitions are far less distracting than the clothes that go missing should winning hands be drawn.

The game got its start in the 1970’s, when George Reddy known as the “king of poker”, married the fascination of video technology with love of casino games. Which has since created a series of myths and superstitions about game play and strategy. And although some of them have a certain logical basis, most of them were simply founded by players unable to admit that maybe they just weren’t all that great at poker. Most poker players know that reading your opponent is as important as the cards that are dealt, but in video poker it’s a bit different as computers don’t make too many gestures, they don’t get distracted, they don’t over imbibe, and they do not make mistakes. They just deal with the numbers.

So, the belief about the existence of runs of good luck and the pitfalls of a prolonged bad streak really don’t apply when talking about video poker. Which has led to many myths instead centering around how casinos program the games to nefariously play to the favor of the house. While this could reasonably be true, it’s often unlikely. Especially as most video poker machines are regularly tested by regulatory authorities, ensuring that neither the house, nor the player, can cheat the computer.

The Myth of Myths: Why Video Poker Strategy is All that Matters

The machines only deal with numbers, without feelings, premonitions, proclivities,  or even variations in temperature. There is no such thing as “hot or cold machines”, and frankly, the computer doesn’t like you, it doesn’t dislike you either. It’s just a computer. In terms of combinations of hands and what cards are drawn, they are all controlled by a random number generator system. Which in turn comes down to the probability of drawn cards that exist within the virtual deck, in which a myriad of random combinations can be made, meaning it’s rare that a Royal Flush comes up more than once in the same session. In fact, it’s even rare that consecutive winning hands will be drawn at all, no matter how clever your predictive strategies are.

The random number generator, named “RNG“, is in charge of guaranteeing a fair game and its only function is to continuously shuffle the virtual deck of cards. This function only stops when you press the deal button. This generator is one of the factors that keeps the game legal and predictable, allowing casino regulatory bodies to ensure its legitimacy. So, it is completely impossible for casinos to take advantage of an algorithm to work in favor of the house. It’s also completely impossible for players to count cards, or “out smart” the random number generator. After all, it’s random.

So the myth of the “winning streaks or losing streaks” on certain machines, is largely just another crackpot theory. As it’s just a matter of combinations, and a matter of cold, calculating, mathematical probability. So while your luck may not have a place at this table- your betting strategy might. Learning how to bet strategically according to the tables any one machine presents, and the probabilities is runs on, can help you take home a bit more at the end of the day- but essentially, you won’t beat the return to player odds, and overtime, you will bet more than you win.

“Video poker is an easy way to make a living”- possibly the biggest myth of video poker that exists. Of course there are those who decide to make a living with video poker, but it’s not an easy undertaking. For most, it’s much better to call a spade a spade, and just enjoy video poker for what it is- a computer game. 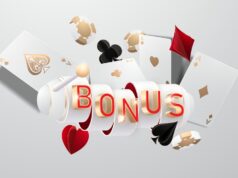 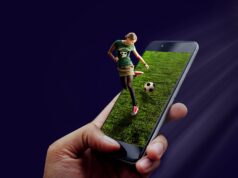