Top Sites like Kickstarter: the Internet and information technology has brought about a revolution in our lives and we are so used to it that we cannot imagine a day without internet connectivity.

Now, the internet has become that popular that you won’t ask someone whether he or she has an internet connection or not because it is understood that they have one in this day and age.

You might get the biggest shock of your life when you get to know that your friend won’t have an internet connection and he is not on Facebook. The Internet offers something for everyone and caters to everyone’s interests.

If you are a music fan or movie fans then there are plenty of options to keep your entertainment but if you are into fashion, health, or fitness, it can keep you interested as well.

The popularity of the internet has opened new avenues for not only for businesses but also for individuals but it is up to them to take full advantage of services that are offered.

Funding is a big hurdle that normally shatters the dreams of individuals who want to make it big and do something special. The initial capital required is what they look for to get started but they cannot find that easily.

Thankfully, the internet has also provided a solution for that as well. Kickstarter, a crowdsourced funding site that provides funds to projects that are worth it.

check out our new article about crowdfunding sites

Although, Kickstarter is the most famous crowdsource sites there are many other sites like Kickstarter that very few people know about. Here is a list of some of the best Kickstarter alternative on the web to get your project funded.

The top spot on this list of sites like Kickstarter goes to Indiegogo because it comes as close as it gets to Kickstarter and is the biggest competitor of Kickstarter. It is also one of the best Kickstarter alternatives on the web. It has expanded its reach to many European countries recently.

The main difference between Kickstarter and Indiegogo is that you can get the money if you fell short of your target but that is not the case with Kickstarter. Both sites follow a similar way of doing business.

If you are looking for something different then take a look at smallknot because it does things a little differently as compared to websites like Kickstarter. It is quite a new player and was recently launched. Users can put their money into smaller o medium-sized businesses in communities.

It connects users with businesses and makes their bond stronger. It follows the same formula as Kickstarter when it comes to funding. You have to achieve your target otherwise you won’t get anything.

Another site like Kickstarter that got it?s place on this list because it offers to fund projects that belong to many different fields so there is no restriction in that department.

It hosts projects from entrepreneurs, philanthropists, and musicians. It follows in the footsteps of Kickstarter when it comes to the business model it follows and looks quite similar to Kickstarter.

If you are looking for something like Kickstarter in the UK, then take a look at this website. The site is quite popular in its home country the UK with more than 2 million users and has created a lot of problems for Kickstarter in entering the UK market.

Initially, it all started as a charity website, and to raise money buy later it started to take businesses in its folds and provided an excellent opportunity to entrepreneurs in the UK.

Medstartr did not try to reinvent the wheel but instead focused on applying the same idea to a domain that no has ever done before. It focuses more on raising funds for the development and enhancement of medical technology.

The objective of this site is to boost innovation in the health care domain. It has already funded many novel projects such as an app for diabetic patients. A brilliant idea is applied for a brilliant cause via this site. 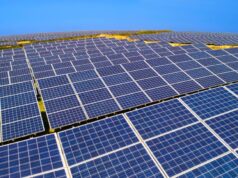