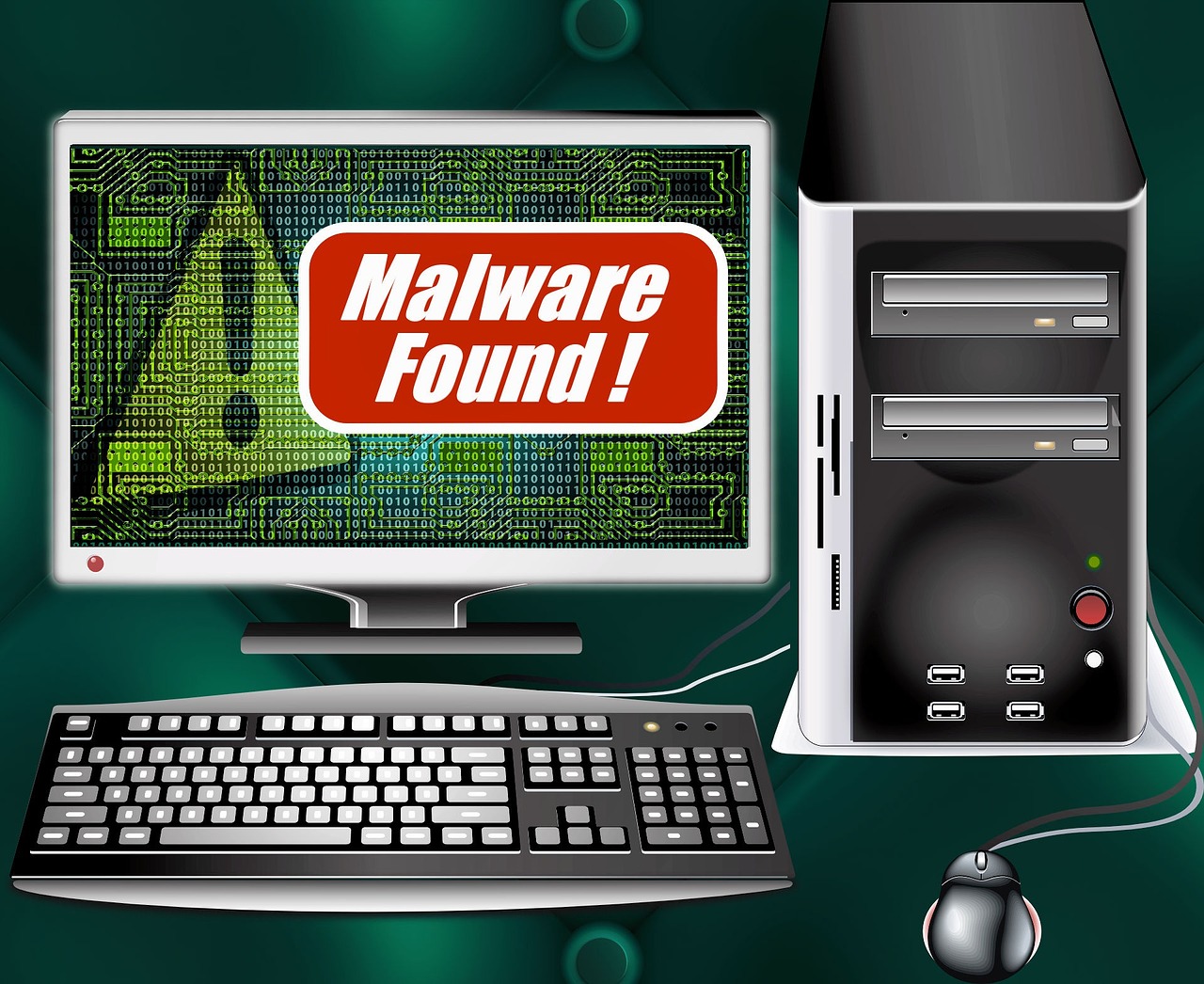 Malware Removal Tools for Windows – Cybersecurity has become one of the hottest topics in tech circles. With numerous attacks from hackers every year, things are not looking good. Thanks to anti-virus software and security experts, users can counter these attacks and protect their data from prying eyes.

Hackers are always trying to find out vulnerabilities that they can exploit to get access to your data and system. On the other hand, security experts and anti-viruses are busy protecting your data by plugging all the loopholes. The battle goes on and on.

Most of the readers might be surprised to see Bitdefender Antivirus plus 2023 at the top of this list because it is not that popular. Surprisingly, it is the best anti-malware tool around with a 100% malware detection rate and a 96% malware removal score. Along with traditional features, there are many exclusive and advanced features as well.

There is a credit monitoring service that ensures that you might not get tricked by scammers again but this feature is only available in the United States. USB scans, email security, and anti-spyware tools offer good protection.

Add to that the protected browsing mode and two way firewall and you get a solid anti-malware tool capable of protecting you from all types of malware attacks. Bitdefender Antivirus Plus 2023 will cost you $30 but will provide the best protection you won’t find with any other anti-malware software.

Malwarebytes anti-malware needs no introduction when it comes to providing solid malware protection. The best thing about this anti-malware tool is that it does not conflict with any other antivirus software installed on your system. Instead, it works cohesively with antivirus software and provides an additional layer of protection for your computer against the latest threats.

Available on different Windows versions and also has an android app to protect your mobile device from malware infection. The premium version might set you back by $25 but it delivers foolproof security against malware and latest security threat especially when combined with capable antivirus software.

If you are looking for a premium antivirus software that provides complete protection against the latest malware and other security threats than Kaspersky Antivirus is for you. Available in different versions but if you want the best protection against malware, then choose Kaspersky internet security.

Combining both online and offline protection, Kaspersky offers an easy to use interface and great protection against all kinds of threats.

Although, a little expensive than other anti-malware tools on this list but the protection it offers more than makes up for its steep price tag. The premium version will cost you $60 per year. The free version also offers some innovative features and good protection against the latest threats.

Backed by extensive research, Kaspersky has an impressive portfolio of security software for both businesses and home users. The lack of a virtual browser to open websites in safe mode is quite disappointing as some of its competitors are offering this facility to their users.

On the flip side, it offers to exploit protection, which you won’t find in other malware removal tools. The enhanced anti-phishing tools ensure that your data is safe from hackers. If you are using a laptop that has the latest version of Kaspersky antivirus installed, you will get a better battery life, thanks to its battery conservation tools, which saves battery.

Avast is famous for its free antivirus but it also has one of the best premium antivirus software. Although, not quite feature-rich as other paid antivirus tools, but it delivers exceptional results when it comes to malware detection and malware removal. The boot-time scan prevents sophisticated malware that activates as your system starts.

The best feature of Avast Pro is that it allows the user to run apps and websites in a virtual secure environment without affecting your computer. It is one of the best tools for those who like to explore the internet without worrying about the security risk attached to it. To make the life of users easy, there is an option to schedule scans according to their needs.

Avast has a clear edge when it comes to providing support to its users. Users can download the user manual, ask questions, live chat or send an email and get a prompt response for their problems. You can submit malicious files and participate in the community to give feedback for further improvements.

If you want an advanced, feature-packed antivirus software then Norton antivirus is for you. Whether it is a malware or any suspicious element, it cannot get through Norton Antivirus plus. The real-time cloud security, customization options and 24 hours customer support make it stand out from its competitors. There is an online portal as well so that users can manage all the license information in one place. It will cost you $50.

Although, its malware detection score is high its malware removal scores are lower than other anti-malware tools on this list, which is quite disappointing. On the brighter side, updates are easy and quick. You can share your opinion about Norton software on their official forums or social media pages.

The wide variety of scan gives users flexibility and ensures that no malware can slip through. The quick updates mean that you don’t have to worry about the latest threats infecting your computer.

AVG is well known for its free antivirus software but they up the ante with its premium version. If you want detailed protection of your system, then go for AVG pro antivirus. The quick response to zero-day attacks, checking for malicious links and many more make this a comprehensive antivirus and anti-malware tool users have been waiting for.

The lack of a virtual browser is a big set back because users will not be able to run websites and apps in safe mode. When it comes to advance tools, AVG scores more points than its competitors. There is Wi-Fi protection, identity protection, and email protection as well as a mobile antivirus app for android.

Whether you like to surf the web, play games or use social media sites, AVG antivirus has you covered. The popularity of the free version of AVG has forced them to come up with unique features to lure customers towards their pro version and they have managed to achieve that feat. AVG offers round the clock support service to facilitate users in solving their problems.

Although not as good as some of the competitors’ free version, Panda free antivirus manages to score high points when it comes to size and ease of use. It is one of the lightest antivirus software around and is so easy to use that even a beginner can use it without any hassle. Don’t be fooled by its lightweight because it has some very impressive features up its sleeve.

URL filtering, process monitoring, and many more features make it a formidable offering, especially in the free malware tools domain. Best of all, Panda antivirus is free and can run on any PC with a Windows operating system. If you want easy to use antivirus software, that not only provides enough protection without affecting your system performance.

ESET NOD32 Pro has a streamlined interface and runs a low resources scan, which is great for older PCs and laptops. Although not as efficient as other anti-malware tools on this list when it comes to detecting and removing malware, quick updates, customization, and variety of scan options compensate for it.

The smart scan allows you to continue with your routine tasks as it runs in the background without causing any interruptions. It still manages to do a fairly good job when it comes to detecting threats but falls behind when it comes to removing malware.

It did not produce any false-positive results, which is impressive. There are lots of features such as real-time file protection, anti-phishing, protection for additional external media devices and much more but you have to explore the software to get access to these features. The premium version of this software might set you back by $40.

F-Secure Antivirus did not get the limelight it deserves as most of the limelight is stolen by giants in the security industry. Surprisingly, the malware protection offered by this antivirus software surpasses many of its popular competitors. The cloud-based protection adds a new layer of protection and makes this software quite capable of handling all the latest threats.

The lack of additional features will put off some advanced users but the streamlined interface, lightweight and easy to use and install makes up for it. When it comes to detecting malware, it is one of the best software in its class. F-Secure also does a pretty decent job when it comes to removing malware, surpassing some of its popular counterpart in some tests.

If you need support, you can conveniently contact F-Secure via telephone, email or live chat. Round the clock telephone support is provided in most regions of the world. Removing old antivirus software and anti-malware tools can become a pain in the neck but this software also resolves this issue and allows you to easily remove all the remaining files. F-Secure will cost you $40.

Ad-aware Free antivirus combines malware protection, spyware protection and virus protection in a single software. The free version is quite efficient at detecting and removing malware and malicious files but also has some unique features. The automatic threat updates, safe browsing features and download protection makes this software stand out from its competitors.

If you are not happy with a number of features offered by the free version, there is also a premium version available in the market. It supports all the versions of the Windows operating system and provides good protection against the latest threats. It is basically designed as a spyware protection tool but later added new features and malware protection and virus protection support.

After writing Best Screen Recording Software we realized the need for writing an article on Malware Removal Tools for Windows hope you have enjoyed this. With the hyper-connected world we live in, it is getting more and more difficult for users to maintain their privacy and security online.

Hackers are trying new tactics and security experts are working day and night to protect users? data from getting compromised. There are many free version of antivirus software that offers adequate protection against all kinds of threats such as Avast antivirus, AVG antivirus, and Panda antivirus.

For advanced users and businesses, who want ultimate protection against all sorts of threats, should consider opting for a premium antivirus such as Bitdefender antivirus plus, F-Secure antivirus, Kaspersky antivirus, and Norton antivirus plus. If you worried about malware and the latest threats, then Malwarebytes anti-malware is an ideal choice.

It usually comes down to which antivirus software delivers the perfect balance between protection and price. For the minimum level of protection, you must install a free antivirus on your computer but if your data is sensitive, then you should go for pro versions of antivirus software available in the market. Having some kind of protection for your computer? Is it very important especially in today’s world where hackers are looking for opportunities to get into your systems? 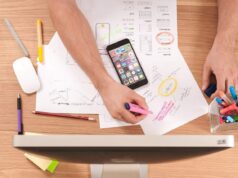 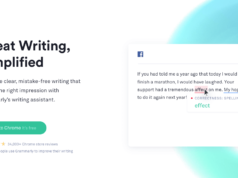